Functional and long-lasting, The Miroir Brot Infini C24 follows after it's spot-lighted predecessor from 1927.  The C24, however is halo-lighted with a long-lasting, bright, color-corrected LEDs.  The lighting color ("lumiere du jour") closely approximates daylight and is suitable, therefore, for applying makeup.  Finished in Polished Nickel with rocker on/off switch at the rear.


Shipped to you directly from the Paris, France factory.

In the archives of the Manufacture de Saint Gobain, in the 18th century it can be found that François Brot, a mirror maker in the court of King Charles X, founded Miroir Brot in 1826. Brot was a craft professional of the highest caliber and distinction, a visionary, able to interpret new aesthetic aspiration. In the heart of the Old Paris, near the historic Place de la République, Miroir Brot almost immediately achieved a great degree of success becoming the pre-eminent manufacturer it its field, both in France and throughout Europe.

Brot invented and patented the Triptyque in 1875 - an innovative mirror that displays reflections on three panels. It was a completely revolutionary mirror that instantly obtained world-wide notoriety. Connoisseurs referred to this ground-breaking mirror simply as 'un miroir Brot'. 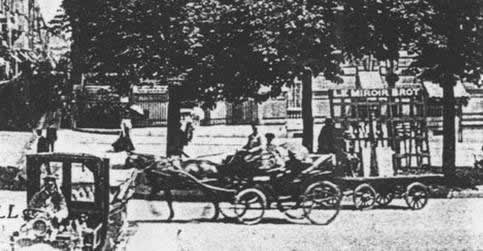 In 1927 Brot made another breakthrough, designing and inventing the first illuminated mirror - the "Mirophar".

Although the initial thrust was to equip automobiles, it was in luxury hotels that Mirophar acquired its fame. Rather than a cheap gizmo, the amenity brought to the hotel guest more than he expected for a meticulous make-up application or shave - especially with advancing age and declining eyesight.

The "spotlight" was revolutionary and designed into the mirror surface, prevented the mirror from fogging.

The consistent and unequaled quality of Brot’s mirrors still sets the standard for the world.

The Art of the Manufacture

The Art of Finishing

Through 175 years, from 1826 and through 1999, the Maison Brot manufactured only the finest magnifying mirrors. Today, Maitres Robinetiers de France has assumed the manufacture of the Miroir Brot collection - still the standard of the. To attain this degree of quality, four steps of meticulous processing are required. 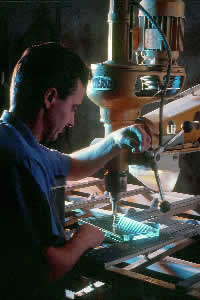 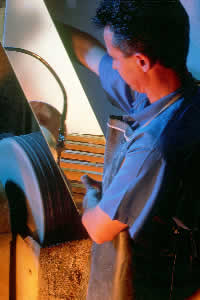 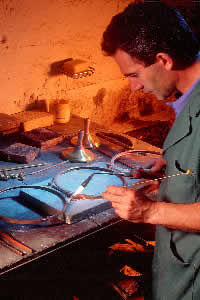 •  Hardwired mirrors should be installed by a licensed electrician.

•  We strongly recommended that installation only be done when the mirror itself is at hand, and the ultimate user is available for mounting height determination.

•  Install a 4" octagon box on a GFCI line or on a line where a GFCI outlet is installed, or both.  The box should be flush with the mounting surface at a height determined by the user.  The box should be capable of supporting 15 lbs.  The mirror doesn't weigh 15 lbs., but remember it may be on an arm as long as 20".  Note that the center of the mirror is usually 1/2" to 6" higher than the mounting-plate center.   All of our hardwired makeup mirrors have the switch contained within the mirror mounting plate, mirror base, or mirror housing.  No other switch is required.  Also note that each of our single and double arm wall mirrors tilt vertically and swing horizontally.

•  Hardwired mirrors, once wired, are no longer eligible for refund.