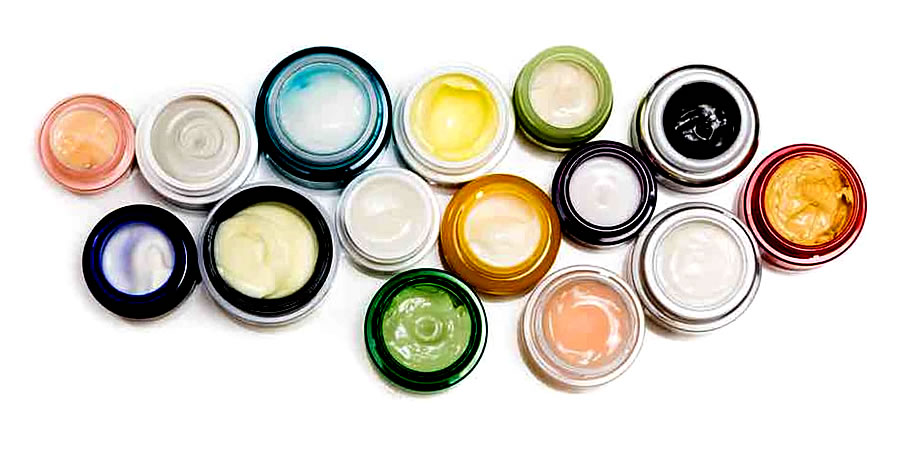 We all know about the pink tax when it comes to razors — and that cringeworthy “for her” pink pen campaign several years ago also comes to mind. The way women are marketed toward has certainly changed in the past few years, with an uptick in feminine care products like Thinx, a razor brand with imagery that shows women actually shaving off dark hair instead of the Gillette Venus razor ads of yore that featured women shaving smooth skin — that was already perfectly shaved.

The marketing in the deodorant aisle is similarly gendered. While women’s scents use language like “soft breeze,” men’s fragrances purport to smell of the dulcet tones of things like “winter tundra” screaming in all caps.

So, when it comes to skincare, are there actual differences between men’s and women’s products? Or is it all smoke and mirrors (i.e. marketing)? To find out, we talked to a dermatologist, cosmetic chemist, and the lead scientist at a brand that offers products for both genders.

“Based on surveying the marketplace, men’s skincare products tend to be more functional in terms of packaging, regimen, ingredients, lighter weight in textures with more traditional formats – gels, gel creams, lotions; and masculine in terms of sensorial cues,” she says. “Men’s skin requires special care in the beard area as facial grooming can leave the area exposed to irritation from shaving and vulnerable to ingrown hairs.” She notes that in the Kiehl’s range, the Age Defender and Facial Fuel lines are specially formulated to address men’s needs with specific treatments for managing pre- and post-shave skin.

Contrastingly, women’s skincare products are a little more complex when it comes to ingredient combinations, claims, and regimens. “Common across many women’s skincare products on the market are formulations that have richer textures and come in several formats – creams, gels, lotions, milks, emulsions, oils, jellies,” Dr. Ilaya explains. These are largely driven by women’s engagement in skincare, diversified preferences, the self-care role of skincare, and willingness to use multiple products to manage skin needs, she adds.

Robinson agrees that women’s products tend to be more segmented, as the women’s skincare category is so much bigger than the men’s. For example, many women’s ranges offer products for fine lines, wrinkles, firming, even skin tone, oil control, and extra hydration, while “men’s skincare might address only a few of those needs,” he says.

The Difference Between Men’s & Women’s Skin

Are there differences between men’s and women’s skin? The short answer is yes.

“Male skin tends to be more sebaceous and have an increased density of hair follicles,” says dermatologist Rita Linkner, MD, of Spring Street Dermatology in New York City. “That means that men require active ingredients that are higher in concentration and formulations that are able to deliver active ingredients into skin that is oilier/more glabrous.” She says that gel-based cleansers are better for men as opposed to cream-based ones that are ideal for women for this reason.

As for body products, Dr. Linkner says there are even more differences in formulation — and for good reason. “Oil glands and hair follicles increase in size and density in a male, compared to a female,” she explains. Men also typically have more body hair, a higher density of sweat glands, and oilier skin, whereas the opposite is true for women, Dr. Ilaya adds. “The key to selecting body products is to address the skin’s needs and note texture preferences,” she says. “To manage men’s oily body skin, especially in the breakout- and ingrown hair-prone back and chest, Kiehl’s Body Fuel is ideal as it contains salicylic acid to address oily skin.”

Kiehl’s Crème de Corps, meanwhile, comes in different textures to appeal to both genders. “For men, opt for a lighter weight whipped version or dry body oil to help supplement skin moisture loss,” Dr. Ilaya suggests. Even though men tend to be oilier, it is still important that women moisturize to maintain a healthy moisture barrier. For women, Dr. Ilaya says that the rich texture of Crème de Corps Lotion nourishes skin post-shower and alleviates dryness that’s common among women.

Of course, men’s and women’s hormones vary, as well, which affects their skin respectively. “Male testosterone means men can be more body-acne prone and female estrogen means that skin quality and dryness changes with age, i.e., with menopause and pregnancy,” Dr. Linkner says. The result? Distinct product offerings. “Because of these differences, they require products that address their skin’s unique needs,” Dr. Ilaya says.

The Difference Between Men’s & Women’s Hair

Most hair care products for men are, justifiably, focused on hair loss, Dr. Linkner says, adding that “women’s hair care products are only more recently catching onto this with female-pattern hair loss becoming demystified.” Robinson notes that men also tend to have shorter, thicker hair, so their styling needs may be different. “Men’s products tend to be lighter weight and fast-absorbing,” he says.

Though the targeted offerings vary in size and solutions based on the differences between men’s and women’s skin, Robinson admits that a lot does come down to marketing. “One major brand in particular was well known to offer the same formula for both men and women but packaged and marketed differently,” he says.

Of note, per the deodorant trend discussed above, the fragrances tend to vary among bodycare and haircare, as well. “Men’s products tend to have a more ‘masculine’ scent that typically is more woodsy or herbal,” he says. If the product is fragrance free, however, then it might appeal to both genders. Suncare, for example, is typically considered unisex (i.e. marketed to both genders).

Dr. Ilaya notes that while certain products are marketed for men or women, the majority of products are genderless. “Speaking with several consumers, it’s common knowledge that boyfriends, brothers, husbands ‘borrow’ skincare products from the women in their lives,” she says.

At the end of the day, good products speak for themselves. “The skincare category is flooded,” says Dr. Linkner. “The brands my patients are asking about are the ones holding true to their branding, regardless of price point.”

This article was originally published at AEDITION.